One of Ireland’s most famous landmarks, Ross Castle was built in the 15th century home to O’Donoghue Mór, the local chieftan.

Located within Killarney National Park and on the shore of Loch Léin, Ross Castle was one of the last fortresses in Ireland to fall to Cromwellian forces in 1652. Out from the castle is a small rock named O’Donoghue’s Prison, where the chieftain imprisoned and confined his rebellious son, Teighe.

Today, the castle has been fully restored and contains 16th and 17th century furniture. Ross Castle is open to the public during the high season. Access for people with disabilities to the ground floor only by prior arrangement. Visitors may experience delays during the summer months so it’s best to check out the next tour on your arrival.

Ross Castle is also the starting point for the Killarney Waterbus Tour, an all-weather cruise of Loch Léin, passing the islands, including Inisfallen, home to a 12th century  Augustinian monastery and the Tomies shore on the opposite side of the lake. 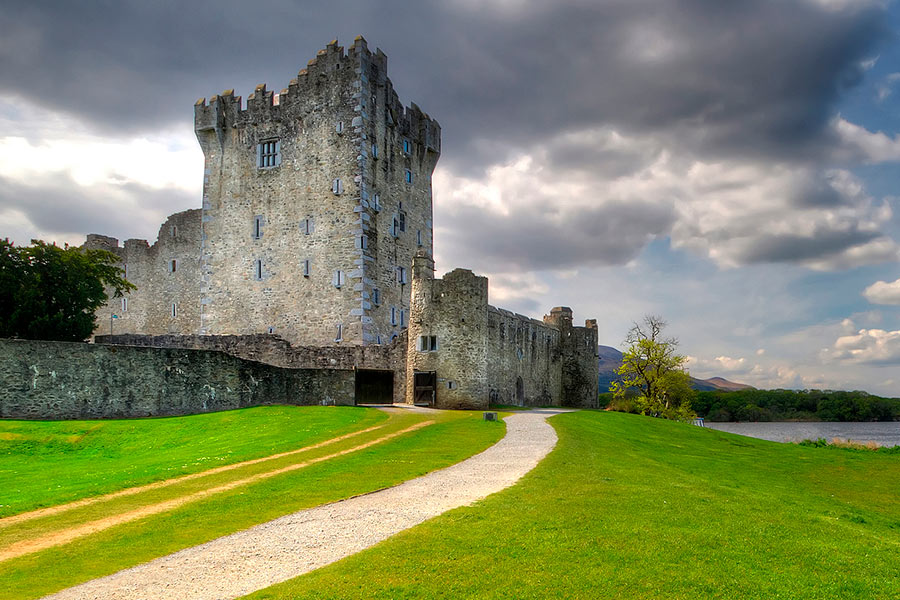 “
Wonderful time, Serena is a very gracious host and cook! Sika is located close enough to walk to town but it is a ways. Cabs are available. Sika is located at the start of the Ring Of Kerry. Serena was very helpful booking our tour too. Rooms are clean and bathrooms are modern. Loved it. Would go again.
TRIP ADVISOR

We use cookies on our website to give you the most relevant experience by remembering your preferences and repeat visits. By clicking “Accept”, you consent to the use of ALL the cookies.
Cookie settingsACCEPT
Manage consent

This website uses cookies to improve your experience while you navigate through the website. Out of these, the cookies that are categorized as necessary are stored on your browser as they are essential for the working of basic functionalities of the website. We also use third-party cookies that help us analyze and understand how you use this website. These cookies will be stored in your browser only with your consent. You also have the option to opt-out of these cookies. But opting out of some of these cookies may affect your browsing experience.
Necessary Always Enabled

Any cookies that may not be particularly necessary for the website to function and is used specifically to collect user personal data via analytics, ads, other embedded contents are termed as non-necessary cookies. It is mandatory to procure user consent prior to running these cookies on your website.