Killarney National Park, designated a UNESCO Biosphere Reserve in 1981 is a unique area and home to the only native Irish red deer herd in Ireland. The 4,300 hectare Bourn Vincent Memorial Park forms the nucleus of the park and was presented to the Irish State in 1932 by Senator Arthur Vincent and his parents-in-law, Mr and Mrs William Bowers Bourn in memory of Senator Vincent’s late wife Maud.

In this lies, Muckross House and Gardens, one of the main focal points of the park. The former Kenmare Desmene (now Knockreer) adjacent to the town is also part of the National Park and features Killarney House and Gardens and Knockreer House which is the education centre of the park. The recently restored Killarney House now houses a permanent exhibition on the Park and is well worth a visit.

Killarney National Park contains an ecosystem of national and international importance including the native oakwoods and yew woods together with an abundance of evergreen trees and shrubs and a profusion of bryophytes and lichens which thrive in the mild Killarney climate. 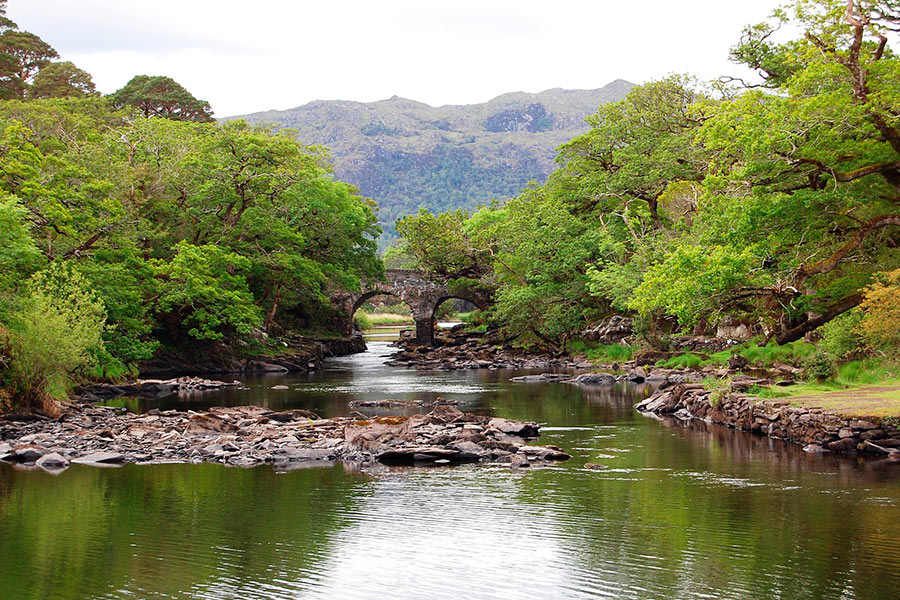 “
We stayed at this B&B for 2 nights. They gave us a very warm welcome. The room is really nice decorated. The breakfast is fabulous! Location perfect. Will definitely stay here again and recommend it to everyone!
TRIP ADVISOR

We use cookies on our website to give you the most relevant experience by remembering your preferences and repeat visits. By clicking “Accept”, you consent to the use of ALL the cookies.
Cookie settingsACCEPT REJECT
Manage consent

This website uses cookies to improve your experience while you navigate through the website. Out of these, the cookies that are categorized as necessary are stored on your browser as they are essential for the working of basic functionalities of the website. We also use third-party cookies that help us analyze and understand how you use this website. These cookies will be stored in your browser only with your consent. You also have the option to opt-out of these cookies. But opting out of some of these cookies may affect your browsing experience.
Necessary Always Enabled
Necessary cookies are absolutely essential for the website to function properly. This category only includes cookies that ensures basic functionalities and security features of the website. These cookies do not store any personal information.
Non-necessary
Any cookies that may not be particularly necessary for the website to function and is used specifically to collect user personal data via analytics, ads, other embedded contents are termed as non-necessary cookies. It is mandatory to procure user consent prior to running these cookies on your website.
SAVE & ACCEPT